Home / Sidebar / Every cover letter should have a P.S. 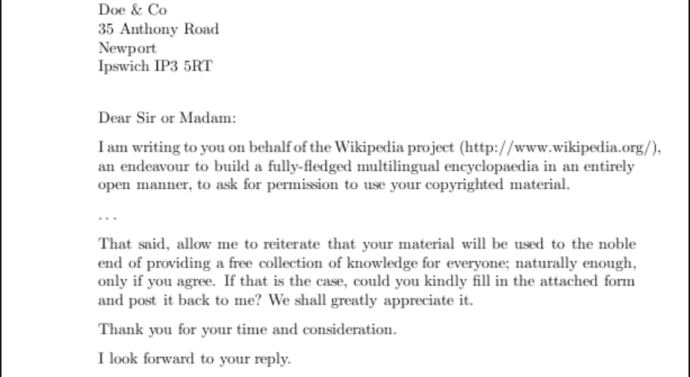 If you read enough information from professional resume writers, you’ll come across many who recommend NOT including a P.S. on a cover letter.

They cite three reasons, none of which follow basic common sense or have any basis in research, and which, in fact, fly in the face of research.

I have never submitted a cover letter in 35 years that didn’t have a post script and recommend never sending one without a P.S.

Here are the reasons for and against including a P.S. in a cover.

Con #1 – It makes your letter look like a direct mail marketing piece.

Con #2 – If the information is so important, why not include it in the main body of your letter?

Con #3 – It makes you look unprofessional, gimmicky and casual.

Let’s look at all three of these arguments, all of which are opinion-based, rather than based on any research.

Con #1 – It makes your letter look like a direct mail marketing piece.

That’s a good thing. (Although it kind of doesn’t make your letter look that way).

Direct mail marketers make billions each year. Do you think they haven’t researched every single aspect of sending a sales letter?

And so EVERY piece of professionally developed direct mail you receive includes a P.S.

They will test different post scripts, different placement of the same elements within the letter (such as a toll-free number), different pictures or illustrations and different envelope art.

And guest what every member of the Direct Mail Marketing Association has learned over decades of testing?

Does It Make Your Cover Letter “Look” Bad?

As far as making your cover letter “look” like a direct mail marketing piece, who says? Are you using multiple fonts and typefaces, different colors, illustrations, pictures of starving children or abused dogs, arrows or other graphic design elements?

Or are you sending a professionally formatted business letter . . . with a P.S.?

A P.S. doesn’t make your letter look even close to a DMM piece.

It Actually Decreases the Chance Your Cover Letter Gets Tossed

Many recruiters don’t read cover letters anymore. What could be in the cover letter that isn’t also in the resume?

Who needs to wade through, “I am excited to apply for your IT manager position. Here’s a regurgitation of my resume, which you have in your hands right now.”

How does a P.S. help get your cover letter from being tossed?

The first thing many people read when they get a letter with a post script is the P.S. Why? Because to a reader, it’s an alert that the writer is trying to hit you over the head with something extra and important.

If your cover letter has a P.S., at the very least, a recruiter will be curious to know what’s so important and she won’t toss your letter. If your P.S. is done right (see examples below), the recruiter might then read your bullet points. If those are interesting, she’ll read your lead sentence.

Con #2 – If the information in the P.S. is so important, why not include it in the main body of your letter?

Using that logic, if the four bullet points you are including in the body of your letter are so important, why don’t you include them in your opening sentence?

Why not have an introductory sentence that’s 14 lines and 400 words long?

Because you need to break up information into bite-size chunks. You need to make cover letters and resumes quickly “scannable” for recruiters.

You can also avoid a non-sequitur in your bullet points with a P.S.

Let’s say you are applying for a job as an executive director of a trade association. You write…

“I have extensive experience in the following areas:

P.S. I will be earning by CAE certification in March of 2023.

Con #3 – It makes you look unprofessional, gimmicky and casual.

Show me the research studies that have shown that HR managers, executive recruiters and headhunters have been polled about post scripts and responded that they make applicants look unprofessional, gimmicky and casual.

Google it. Can you find that research?

#1 If I am applying for a remote job, but I’m a local candidate, I’ll include:

P.S I live in Wheaton and can come into your office for an in-person interview at your convenience.

This hits the recruiter over the head with, “He’s local, we don’t have to relocate him, he can come into the office from time to time and I can do a face-to-face interview with him later this week. We also won’t have to fly him in and put him up if he’s a finalist candidate.”

#2 For many years before the pandemic, I worked from a home office. When I applied for remote jobs, I included:

P.S. I have managed several clients remotely and have a fully equipped home office.

This tells the recruiter that I not only have experience working remotely, but also probably have a 3-in-1 printer/copier/scanner, a high-speed internet connection, VOIP phone or other dedicated line, Skype, Zoom, etc.

#3 If you are earning a certification or have recently earned one and want to highlight that, don’t crowd the body of your letter and bullet points. Consider writing:

P.S. I will be earning CAE certification in March of 2023.

Why Not Put This Information On Your Last Line?

Why not just put, “I will be earning CAE certification in March of 2023,” on the last line before my closing?

First, it doesn’t make the same impact (people’s eyes aren’t drawn toward your last sentence like they are to a P.S., and second, you can put another important piece of information on your last line, giving you four places to call out information that you want to make an impact on a recruiter (your lead sentence, your bullet points, your closing sentence and your P.S.).

In short, there’s no research/science to support that a P.S. in a cover letter hurts you.

There is decades of research to show that a P.S. in a sales letter works.

P.S. You can use a post script in emails, too!